My second trip to India started like my first with an hour-long ride to Los Angeles International Airport, followed by an hour-long check-in, and TSA screening. We spent a few more hours in the extravagant shopping area in the Tom Bradley terminal during our wait to board our plane for the 16-hour flight to Dubai. After landing in the middle of the night and crossing an airport the size of a small city, we boarded another plane for another three-hour flight to Ahmedabad, India. We landed at 2 a.m. local time (about 24 hours later) and were greeted by three local students with whom we would be spending a lot of time in the upcoming week.

Ahmedabad, the largest city in the Indian state of Gujarat, is bustling, even as the sun rises. Crossing the street to get to our bus was a nail-biting first-person game of Frogger, without the benefit of the neat rows that the cars stay in. The bus was stripped of luxuries – no seat belts, barely padded seats and open windows for air conditioning. We clung onto our luggage when the bus drove over bumps and bounced us above our seats. We were exhausted.

A few hours later after much needed sleep, the program began with lectures at IIT Gandhinagar. We learned about the Ramayana, a classic Vedic text that was grippingly retold by Dr. Arshia Sattar primarily to highlight the erasure of its feminist undertones. Hearing of the tragic life of Rama’s wife, Sita, gave a historical and cultural base to grow discussions of sexism in the subcontinent. Later, we learned about linguistic landscapes of India by a professor at the university, Dr. Nishaant Choksi. The number of languages in India is always a question of interest and he expanded on some of the troubles with counting. For example, some locals claim they speak Urdu despite speaking something completely different or different regions with different names for the same languages or the tens of local dialectic differences.

Dr. Suraj Yengde, a postdoc at Harvard, presented my favorite talk. He began by showing three videos about violence toward the former “Untouchables,” the Dalits. His presentation showed the gruesome reality of their lives: low college graduation rates, shocking cases of government sanctioned discrimination, and an overwhelming sense of shame most dalits have toward their own identities. While most speakers had a few minutes for questions after their talk, a large group of us discussed this issue with Dr. Yengde for almost two hours after his one and a half hour talk. This issue was on everyone’s mind for the rest of the program and it became common to ask about the impacts of caste dynamics upon the other students’ lives.

My green hair and grin, drew a circle of kids to me. I squatted down, stared one boy straight in the eyes, and proceeded to raise my eyebrows and puff up my cheeks. He did the same and smiled.

Another highlight of the trip was the few hours that we spent in a local village. We huddled into a small pair of rooms in which the walls were lined with old-fashioned, pedal-powered sewing machines, painted black. A woman worked on each machine, from 14-year-old girls learning to help their mothers fix up pillowcases at home to 60-year-old elders making dresses for their granddaughters. Village outreach has been a large goal for the university, and we were impressed by the way our hosts were able to bridge a large privilege gap to benefit their community directly. It inspired us to reconsider our role on these trips and think about ways for us to also make a difference there.

After meeting these women, we saw the center of the village - a few rusty convenience stores next to a elementary school. Puppies slept by the main well and suddenly, the school kids were released for a quick recess. My green hair and grin, drew a circle of kids to me. I squatted down, stared one boy straight in the eyes, and proceeded to raise my eyebrows and puff up my cheeks. He did the same and smiled. The kids around us laughed. I curled my tongue into a little taco. They tried and laughed at their inability copy me. A few kids keep saying what I learned was “Green?” in Gujarati, wondering why I had dyed my hair such a crazy color. Eventually, we had to get back on the bus to go back to the campus, but not before I raised my camera, turned around, and got a good selfie with them. While I wasn’t looking, one kid felt my hair to make sure it was real.

Check out the video from Jake's first year of India Ki Khoj here.

The Caltech Y, in partnership with the Caltech SURF Program and IIT Gandhinagar (IITGN), coordinates a trip to Ahmedabad, India each year. This 11-day trip is designed to introduce Caltech students to the many layers that form identity in India. Through a combination of academic lectures and fieldtrips, IITGN faculty take participants through the India of the past, present and future, relating India’s ancient traditions of philosophy, science and technology to a present-day India.

All students participating in the Caltech Y India Cultural Trip complete a project of choice after the trip (e.g. written reflection, oral presentation, article, blog post, program, etc). Along with Jake's article above, here are some selected reflection pieces from the 2018 trip.

A collection of impressions from the cultural highlights of seven days in the state of Gujarat. This is India Ki Khoj – discovering India.

The portion above is taken from the vignette 'Heritage Walk'

This is a pencil drawing composition of the different experiences I had during my time with the India Ki Koj program. I drew my memories of the traditional Indian dancer, a cow, a dog, and the sitar and the tabla (traditional Indian instruments).

In the foreground I also drew Gandhi, an important figure in all of India, but especially in the region we visited, Gujarat, where he was born. Religion is a huge part of everyday life in India, and I represented this through the lake that holds lotus flowers in the middle of the drawing. Lotus flowers are a powerful symbol of Hinduism and Buddhism, two religions that originate in India. In the background I drew the entrance to the Adalaj Stepwell, which I found to be the most memorable place I visited during my time in Ahmedabad. Many of us in the program took photos among the roots of the Banyan tree next to the Adalaj Stepwell.

One early morning, we loaded into the bus at 6 AM. I saw the Ahmedabad sun rise for the first time. Over a half-filled river, a red sun rose over a sea of smog. The trees in the distance faded to grey, straggled by the air. I already knew the air quality was poor – I kept a scarf over my face to filter the air; however, I was struck by the visual representation of their air pollution. As a state which burns their trash, poor air quality is the price paid for waste management. Poised to enter a PhD program in Atmospheric Science, I think a lot about where air pollutants come from, who generates it and who suffers for it. Many developed countries, the United States for example, spent the 19th and 20th centuries polluting the air but also developed their thriving industrial centers. It seems hypocritical to tell countries entering their prime to abide by the same carbon restrictions as the United States. Those who produce carbon pollutants are those who aren’t harmed by its impacts. The United States generates tons of carbon pollution but tropical countries such as India suffer from the increasingly destructive weather. On a smaller scale, large companies in the United States and India create pollutants while vulnerable populations such as women, children, and people in rural areas suffer from the air quality. After seeing the beautiful culture, food, and music of India, I am struck by the disconnect between the haves and the have nots: those who learn at IIT and eat the best food Ahmedabad has to offer, and those who are burning and wading in their trash.

Recipes for Staples of Indian Cuisine

We ate each of these dishes at least once during our trip. Every meal consisted of some kind of roti, paratha, rice, or dosa served with some type of curry and a sweet dessert. I was surprised at the variety of foods available even when a meal was mostly vegetarian. One street food that is not included, but is one of my favorites, is dahi puri; it is a puff filled with at least 3 different chutneys (sauces) that has many flavors and is usually eaten in one bite. One gastronomic experience that stands out was one of the dinners off campus when we went to a traditional outdoor dining restaurant where we watched a dance and puppet performance. We were seated on the ground and served many dishes onto a large leaf plate. Over the course of the trip, we all got more comfortable using our hands while eating. I chose recipes by first looking for a few of my favorite dishes and included a few others that showcase the range of flavors that were part of our usual meals. My favorite dish that is included would have to be paratha with dum aloo and jalebi (served warm). 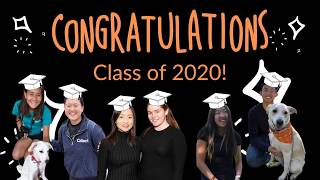 Congratulations to the Caltech Y Graduates 2020!